Skeletons in the Closet

TB got a big kick out of this article yesterday about Andy Warhol and his accumulation of junk, the highlight of which is a signed nude poster of Jackie Kennedy Onassis. All I really know about Warhol other than what the article describes is the “fifteen minutes of fame” prediction and soup can art. I’ve never been interested in learning anything more, but now I’m intrigued. Since most of you won’t click the link, I’ll summarize. When Warhol died “they” found he had storage rooms full of stuff/mementos/crap in boxes; enough that it is taking years for a team of archivists to sift through.

If you follow TB you already know I’m an Anticipator. But you also know you can’t pigeonhole me. For example, like Warhol–ok, not exactly LIKE Warhol–but similar to a drastically lesser degree than Warhol, I am also an Accumulator.

I keep ticket stubs from ballgames, museums, concerts and even movies. The hotel has its own pens? I’m taking one. Wine corks from special occasions? Yep, I might “do something” with ’em one day. I have all my childhood baseball cards and boxes of Sports Illustrateds from 1979-1984. Favored T-shirts from down through the ages that can no longer be worn due to poor condition–either the shirts or my own–are still stuffed in the corner of my closet. I don’t pour soup in boxes and seal them shut, a la Warhol, but for someone still waiting on his fifteen minutes, suffice it to say I keep a lot of stuff. Too much, I’m sure.

In fact I wrote last year about trying to simplify. How’d that work out, you ask. Pretty good I’d say. If you stretched out the ages of all  the socks I trashed in a line their cumulative lifespan was Methusalean. Anyway, all this brings to mind a classic Carlin bit on accumulating stuff.

I thought you might enjoy seeing some of my stuff too. Check it out. 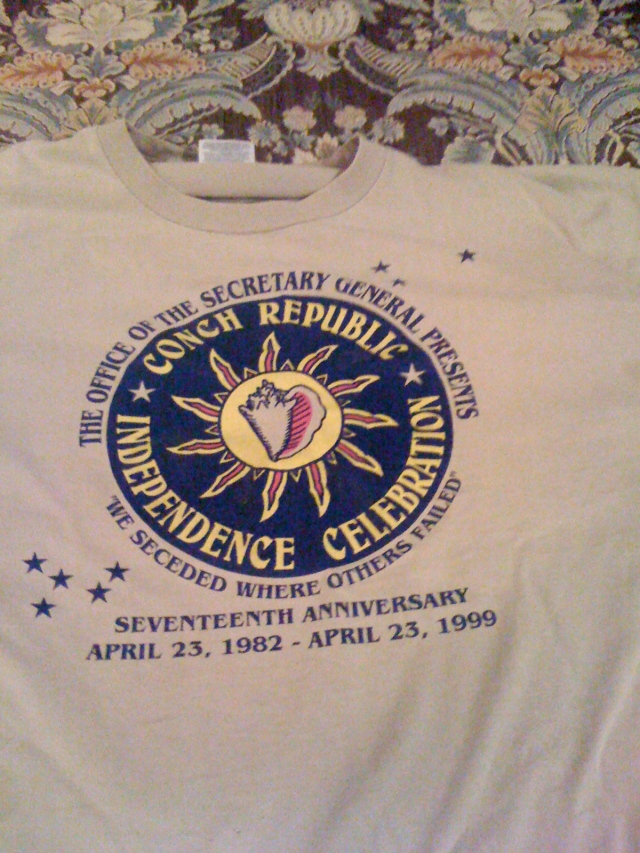 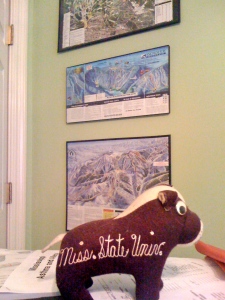 supposedly a Bulldog, looks like a cow, believed to be inherited from my Dad's stuff, though he denies it 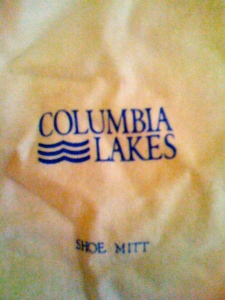 Trial memento from TX. I don't know why, but even today, I failed to trash this. 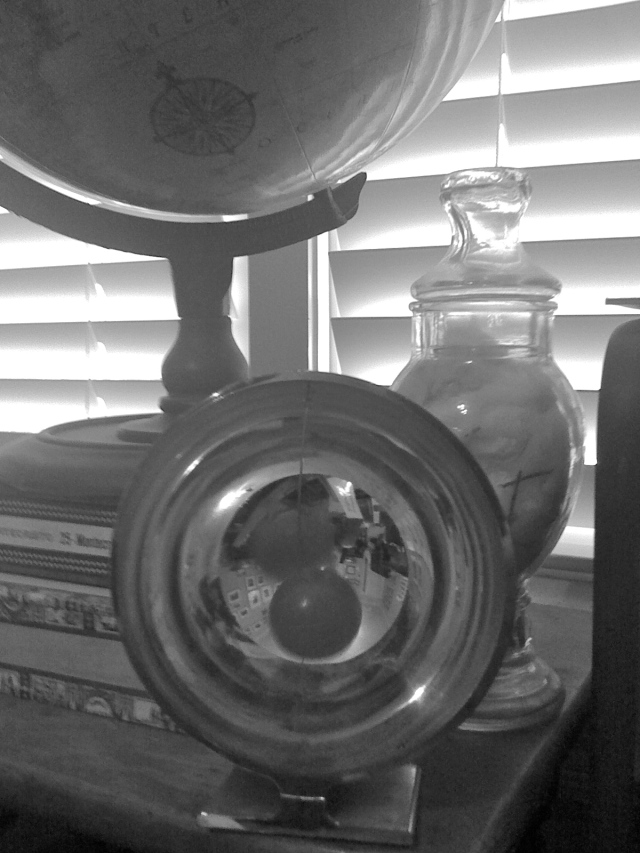 Made this one black and white because it is art

The Globe was a Christmas gift in 1982. The boxes are circa 2000, from back when Sweet had the Havana connection. The cotton is from 1977. My Dad pulled over and had me go pick it. I guess we were talking about olden times. At any rate, TB, like many of the old bluesman, knows what it is like to pick cotton by hand under the unforgiving Delta sun. All of the stuff sits on an end table my folks bought when they married in 1957 and that my Mother has told me to trash at least a dozen times. But its useful for holding my stuff so I don’t. And the other thing is nameless. It is a red rubber ball hanging by a pliable metal stick that swings to and fro and makes cool reflections in the faux chrome plastic bowl behind it. I took possession of this item when my brother left home after high school. I took it to college, law school, to every apartment and both of my houses. It is worthless and useless. But by God it’s mine and I like it. Maybe one of these days I’ll even give it a name. I bet Steve Martin could help. (The audio is good, couldn’t find an actual SNL video.)

I'm a 40 year old lawyer living in Ridgeland, Mississippi. I'm several years and a couple hundred miles removed from most of my old running buddies so I started the blog to provide an outlet for many of the observations and ideas that used to be the subjects of our late night/happy hour/halftime conversations and arguments.
View all posts by travellinbaen →
This entry was posted in Humor, Life and tagged accumulator, Andy Warhol, don't pigeonhole me, funny, George Carlin, Humor, reruns, Steve Martin, stuff, Travellinbaen. Bookmark the permalink.

10 Responses to Skeletons in the Closet