Commonwealth of Massachussetts vs Roy Smith vs The Boston Strangler

Quote of the Day     “Facts are stubborn things; and whatever may be our wishes, our inclinations or the dictates of our passion, they cannot alter the state of  facts and evidence.”     —John Adams, from his Argument in Defense of the Accused British Soldiers in the Boston Massacre

TB has healthy skepticism (euphemism alert) for the establishment, the authorities, and commonly held assumptions. It was therefore with more than usual interest that I attended a continuing legal education seminar yesterday inspired by Sebastian Junger’s book, “A Death in Belmont.” I haven’t read this book, nor will I, though I think highly of the author and find the subject matter fascinating. I won’t read it because it deals with the investigation and trial of Roy Smith back in 1963, and the details are too grisly for me to invest the time and soul  that is required to do so. Smith, a native of Oxford, Mississippi, was accused and convicted of the robbery, rape and murder of Bessie Goldberg on the day Kennedy was assassinated. Shortly thereafter, the Boston Strangler was arrested. BS confessed to twelve murders, but denied the Goldberg murder. I came to the seminar expecting to see RS vindicated and BS proved guilty, and to have my disdain for the authorities and public opinion proved justifiable once again.

The CLE was co-sponsored by the Mississippi Innocence Project. One of that group’s prominent boosters is John Grisham, and Grisham appeared at the trial in the role of the Strangler and decked out in a prison orange jumpsuit. Afterward, he signed autographs and posed for pictures until nobody else asked, which I thought was pretty classy. The evidence put on through Grisham/BS was compelling. It is unfortunate that this evidence was not available to be presented in the original trial. In each of the Strangler’s dozen confessed murders, he raped the women and left their nude bodies in humiliating poses. He used their own garments to strangle his victims–items like stockings and brazeers–and he tied the murder weapons into bows before he departed each crime scene. He favored women over 50. All of these habits were consistent with the Goldberg murder. It also turns out that BS was working in a house only six miles away from the murder scene on the day in question and that it was common for him to take a break from work to go commit his acts. (The house he was at on the day of the Goldberg murder was Sebastian Junger’s coincidentally, and a photo of BS, one year old Junger and Junger’s Mom was shown.)  Finally, during BS’ confession, he stated that his urges to rape and kill returned in the month of Goldberg’s murder, and after a period of time when no murders were committed. All of this is strong circumstantial evidence that the Commonwealth convicted the wrong man. I expected the prosecution to all but admit they’d botched the case. But they didn’t.

And with good reason. Roy Smith had a pretty checkered history with the law, including convictions for burglary and an assault that only failed to become a murder because his gun jammed. He had a motive for the robbery too. He’d been unemployed for some time and was hired for the day to work for Mrs. Goldberg as a house cleaner. He was paid six dollars for the work. Before he went to work, he had two and a half bucks. The night after the murder, he spent seventeen dollars on liquor and beer. Among the cash he spent was a ten dollar bill, which is what was stolen from the Goldbergs’ home. He claimed the money came from a group of folks that all pitched in, but he could name none of his drinking companions to corroborate his story. Perhaps worst of all, he mentioned strangulation and robbery in his statement to police without being told that’s what happened to Mrs. Goldberg. He claimed he’d been told by someone what happened, but again could not describe or name this person.

So what was my verdict? It could’ve been the Strangler. But it could’ve been Roy Smith. To borrow a phrase from the legendary Mississippi legislator Soggy Sweat, “this is my stand. I will not waver.” But I still don’t trust the authorities. I’ve read one too many newspaper accounts of death row inmates walking free after years of wrongful suffering when DNA evidence proves true their repeated claims of innocence. On the other hand, almost always, the system gets the right guys. But the Innocence Project doesn’t think “almost always” is good enough, and neither does TB. I hate spending money on CLE’s because I think they are a fraud, but I was proud to support this particular one. Maybe next year I’ll even hang around and get my mug shot with Grisham. 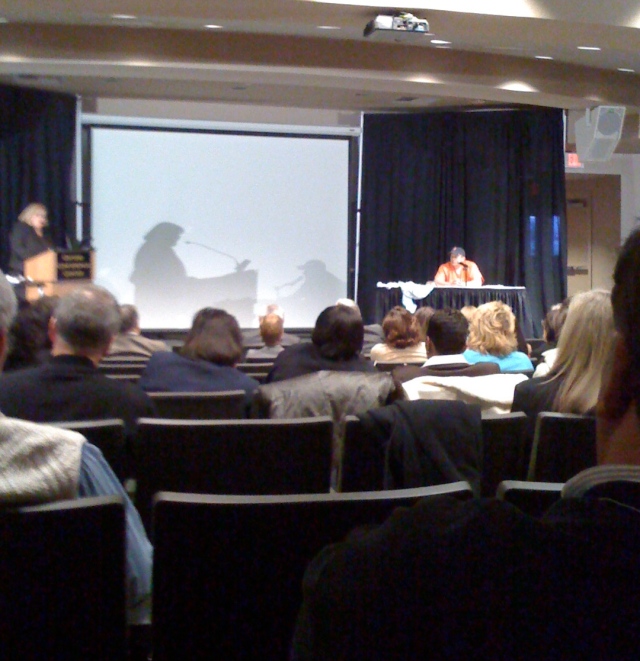 John Grisham as the Boston Strangler (I know, the pic sucks, but its the best I was willing to do.)

I'm a 40 year old lawyer living in Ridgeland, Mississippi. I'm several years and a couple hundred miles removed from most of my old running buddies so I started the blog to provide an outlet for many of the observations and ideas that used to be the subjects of our late night/happy hour/halftime conversations and arguments.
View all posts by travellinbaen →
This entry was posted in History, Law and tagged A Death in Belmont, Boston Strangler, Innocence Project, John Grisham, Law, lawyers, Roy Smith, Sebastian Junger, trial. Bookmark the permalink.